On the occasion of 61st Gandhi Death Anniversary
Record-Breaking Sale of Gandhi Books of Rs. 3,10,000/- worth in just 5 Days 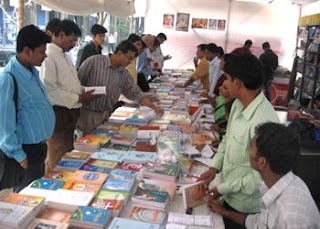 In the present context of increasing violence, terrorism & crime, Autobiography and other books of Mahatma Gandhi are inspiring many people all over the world. Gandhiji has left indelible footprints on the sand of time. Even after 61 years of his departure from the world, his thoughts and deeds have not waned. 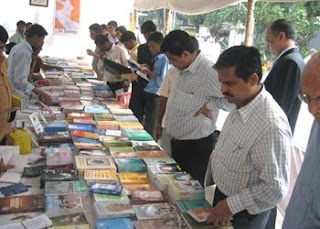 More than 2.5 Lakh copies of 'An Autobiography' of Mahatma Gandhi in twelve Indian languages are being sold every year. After reading Gandhi books, many people have decided to follow the path of Truth and Non-Violence and are striving to sustain morality by practicing peaceful conflict resolution which is the need of the hour.
Posted by Mahatma Gandhi Forum at 3:01 PM No comments: